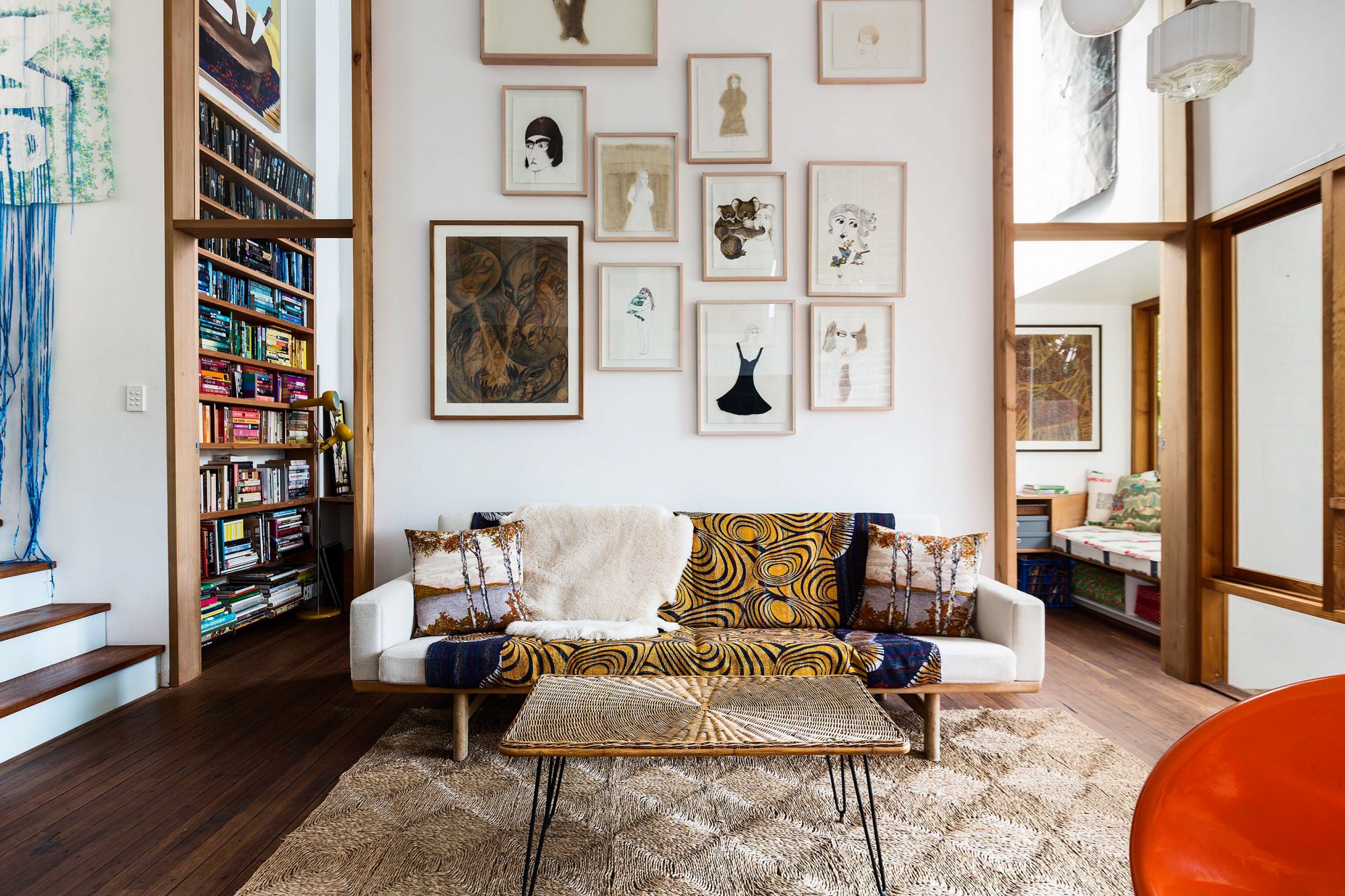 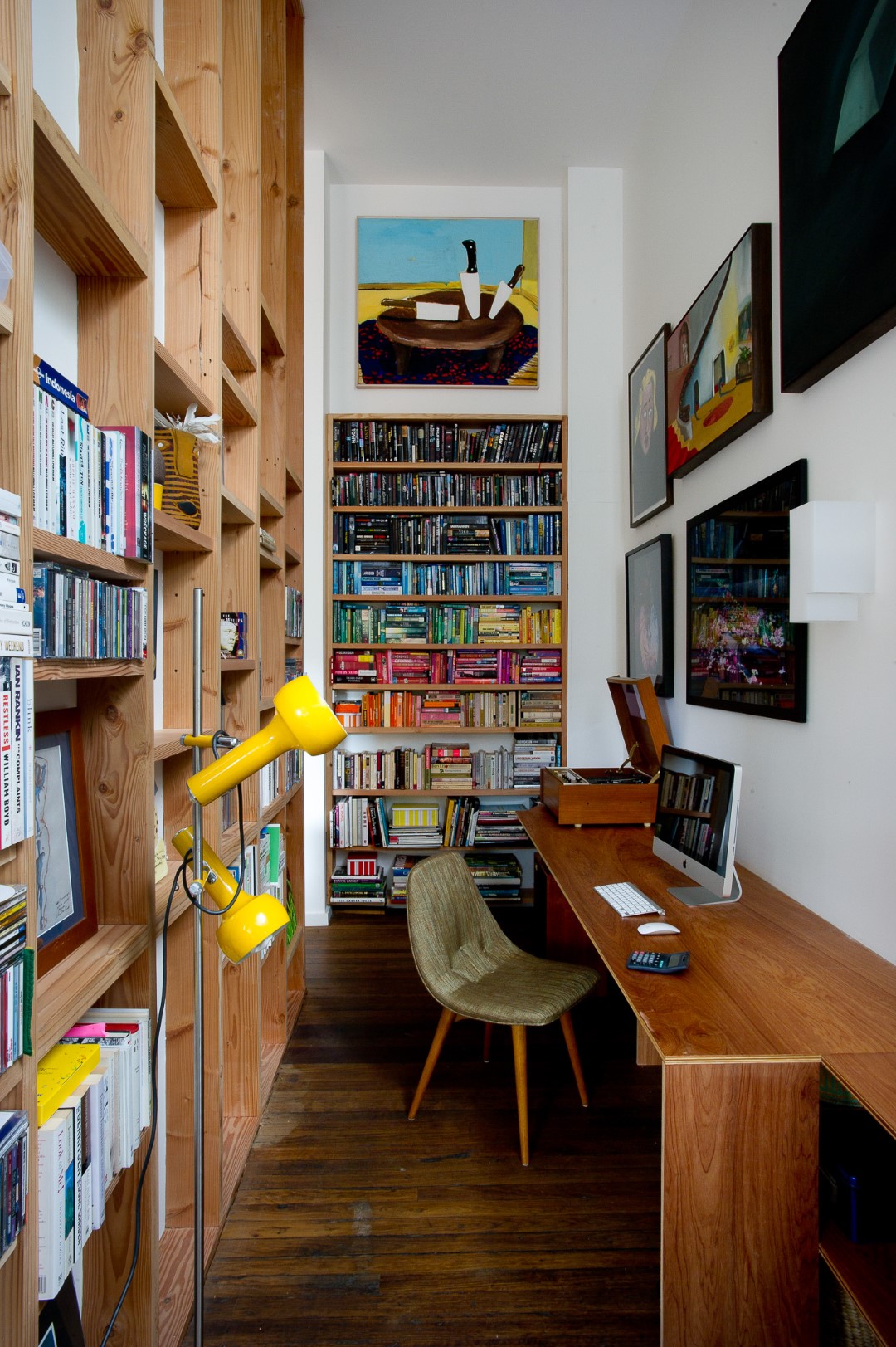 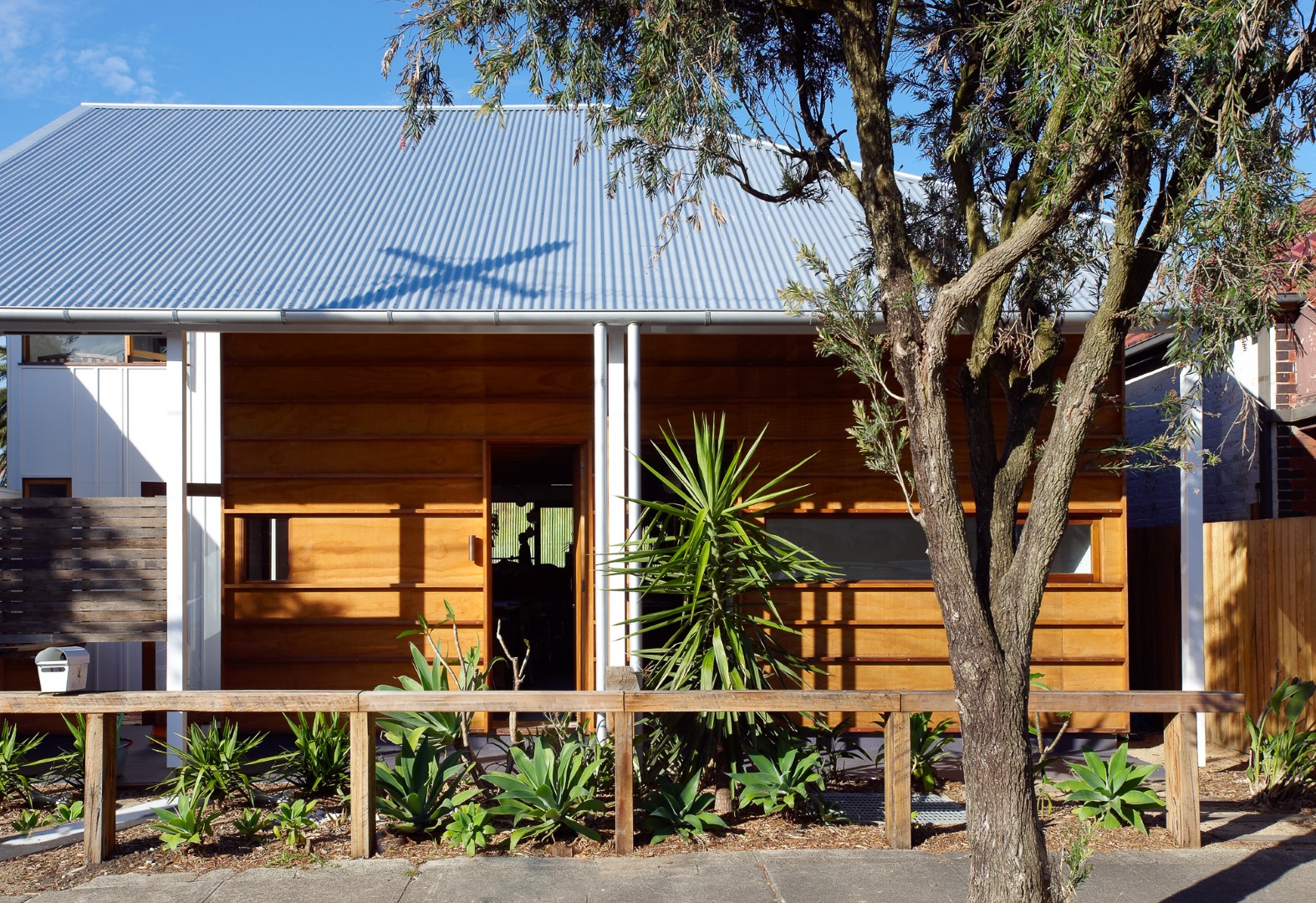 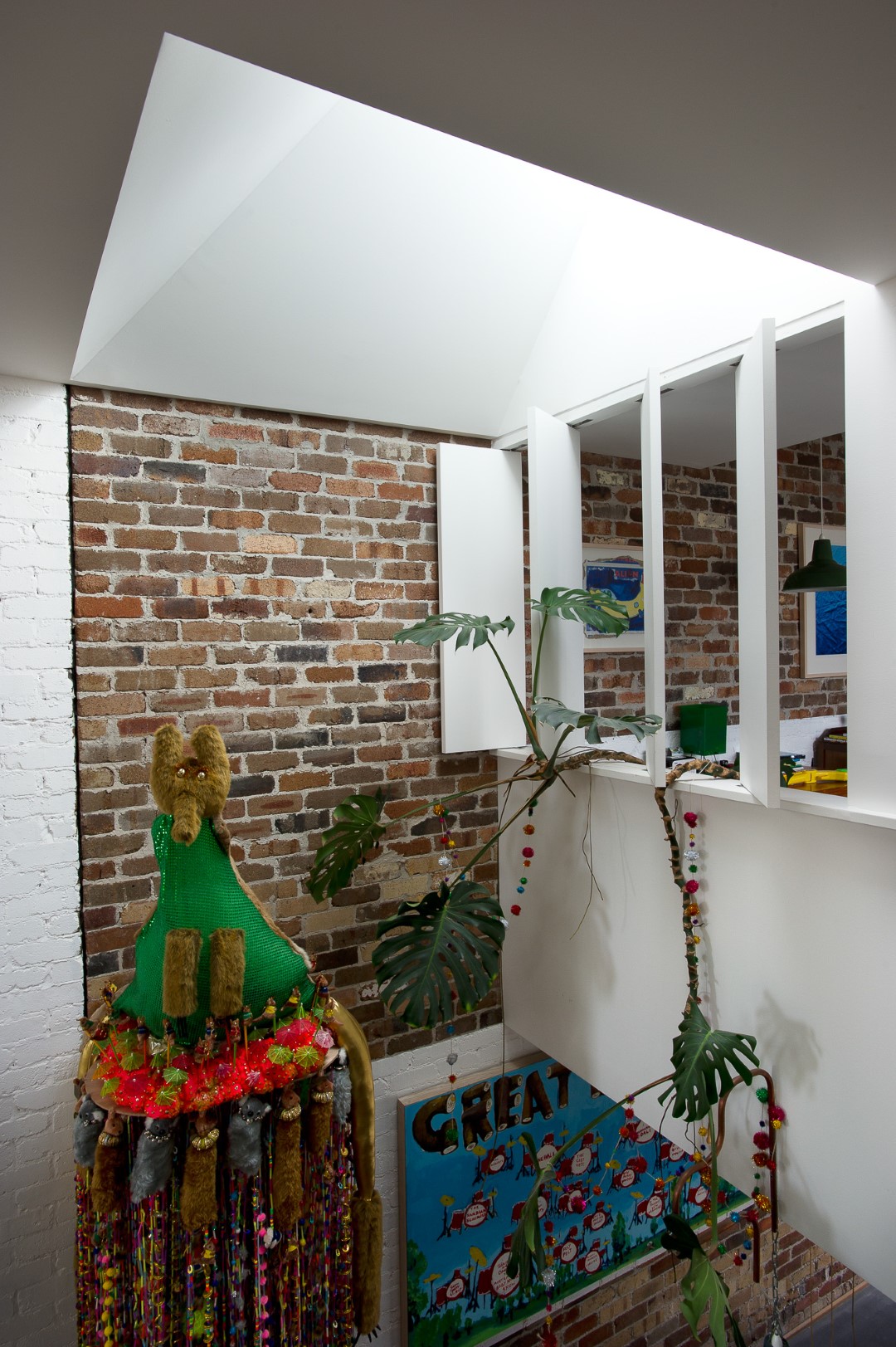 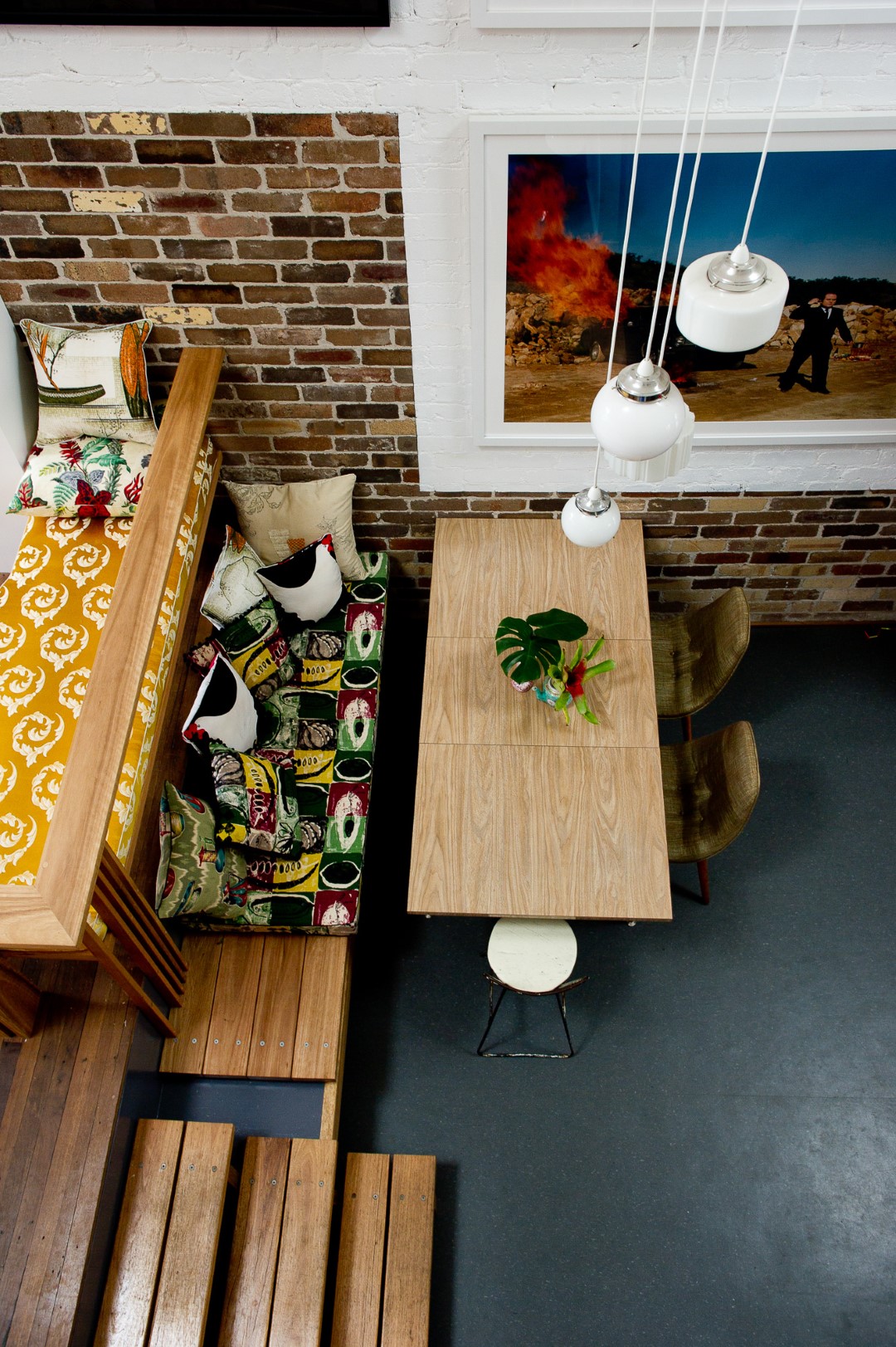 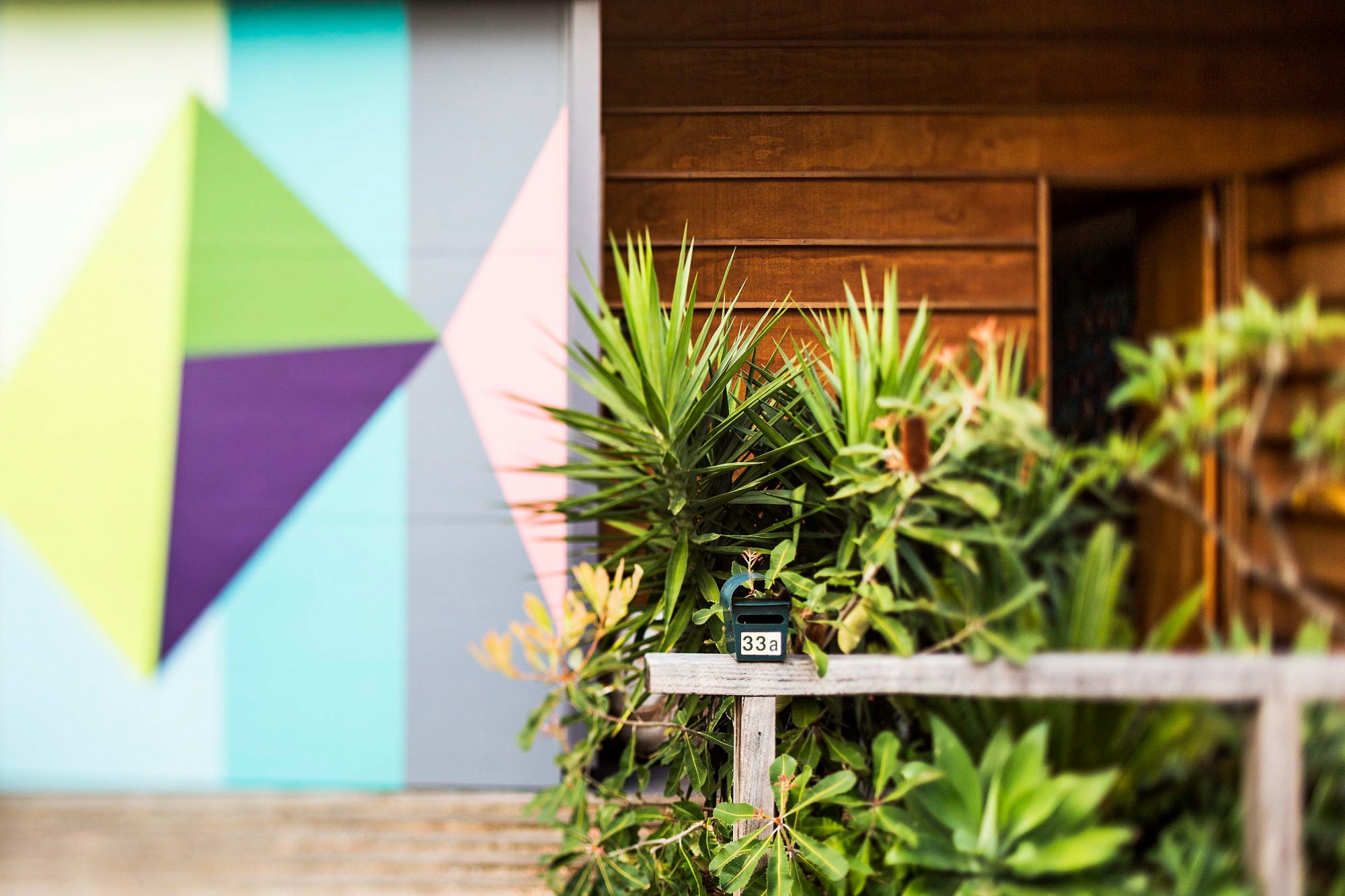 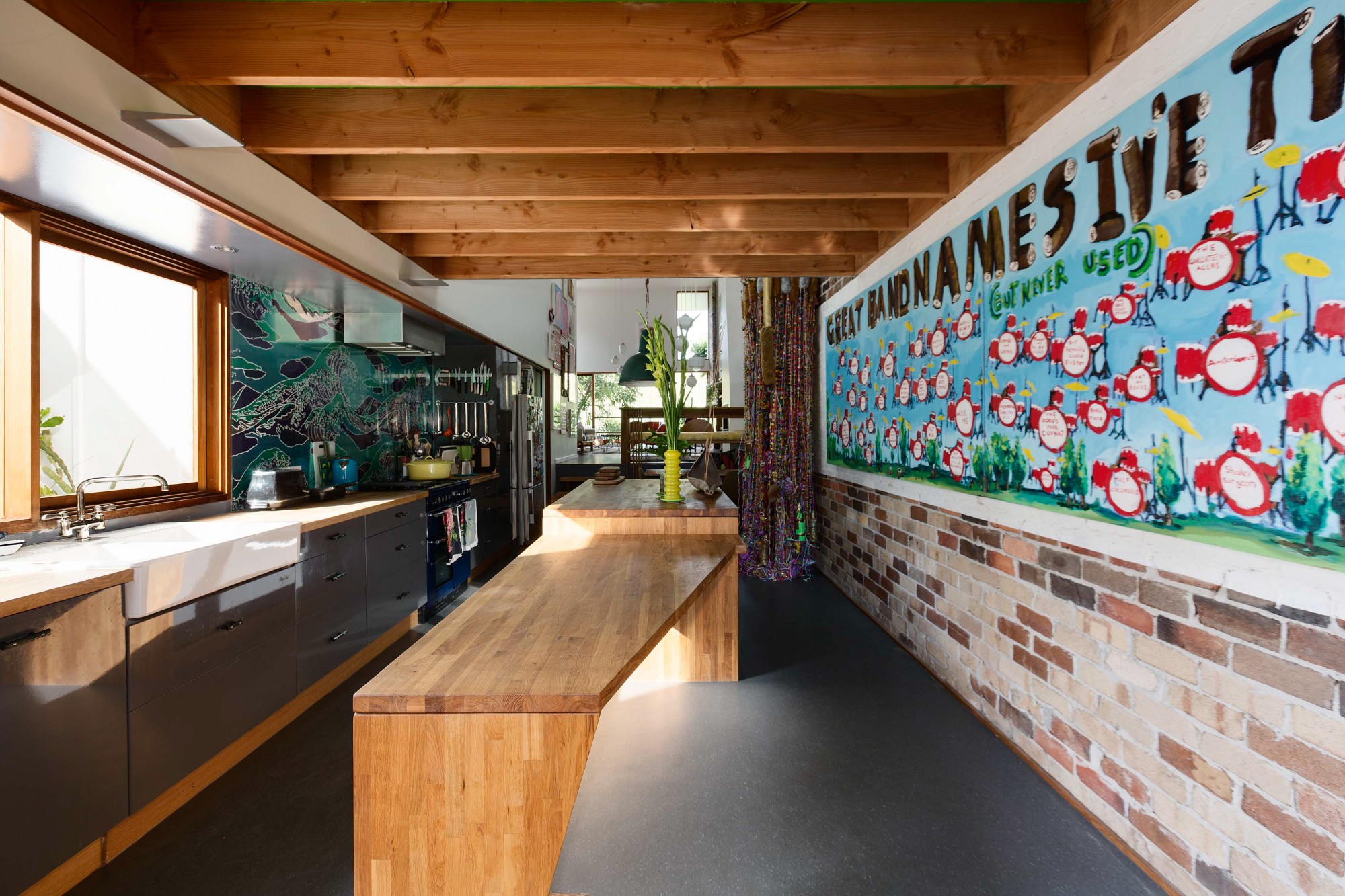 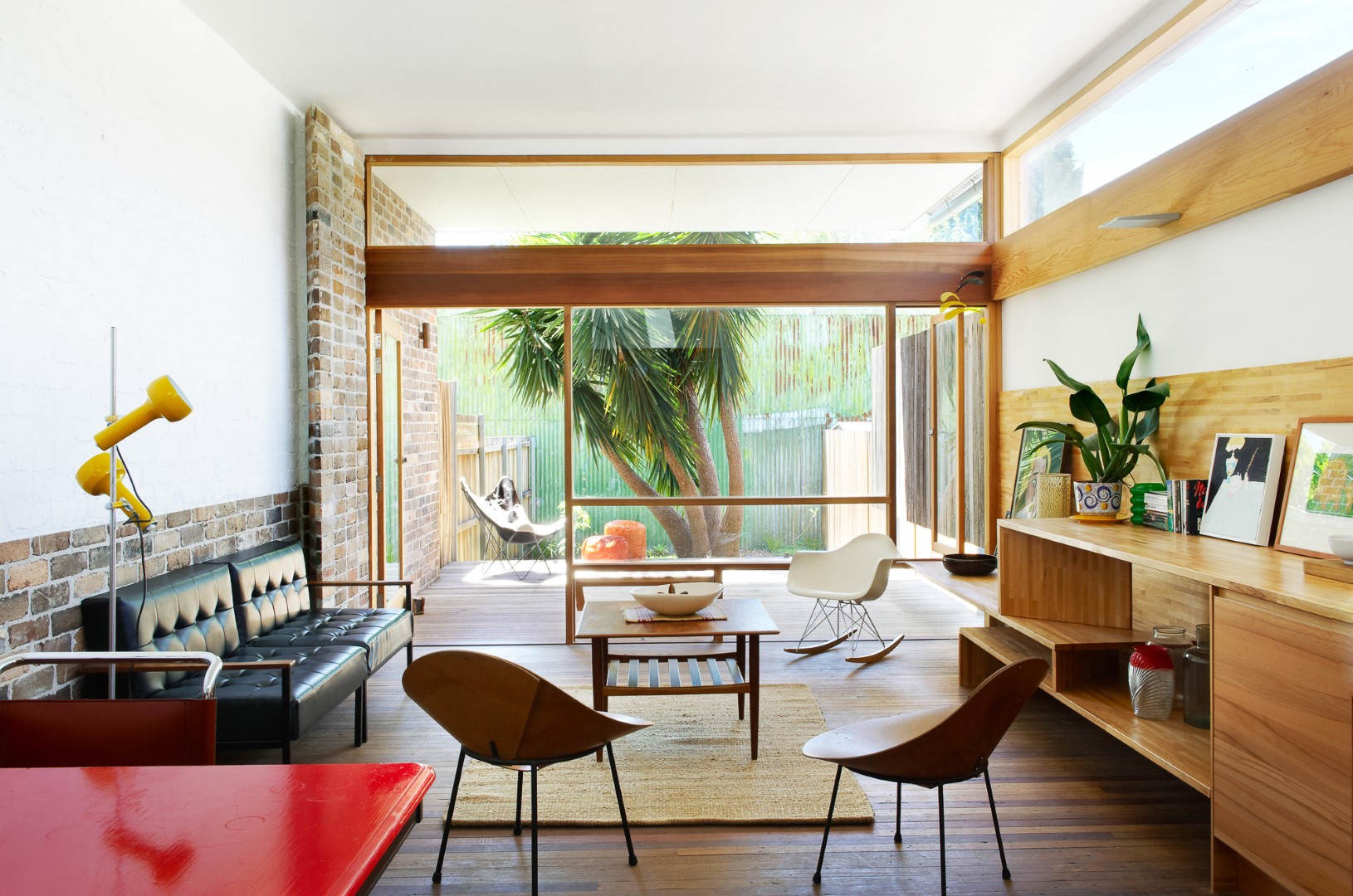 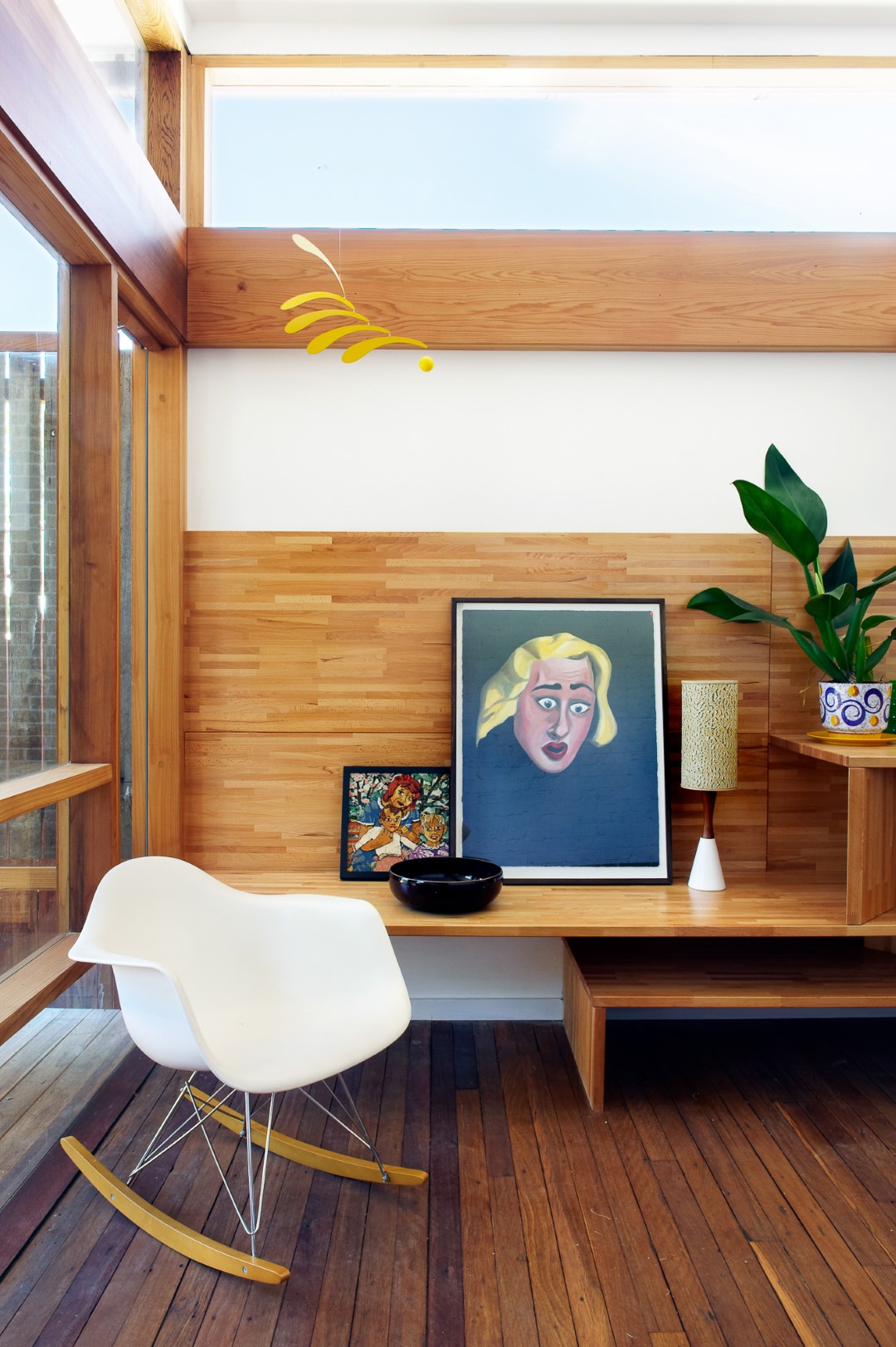 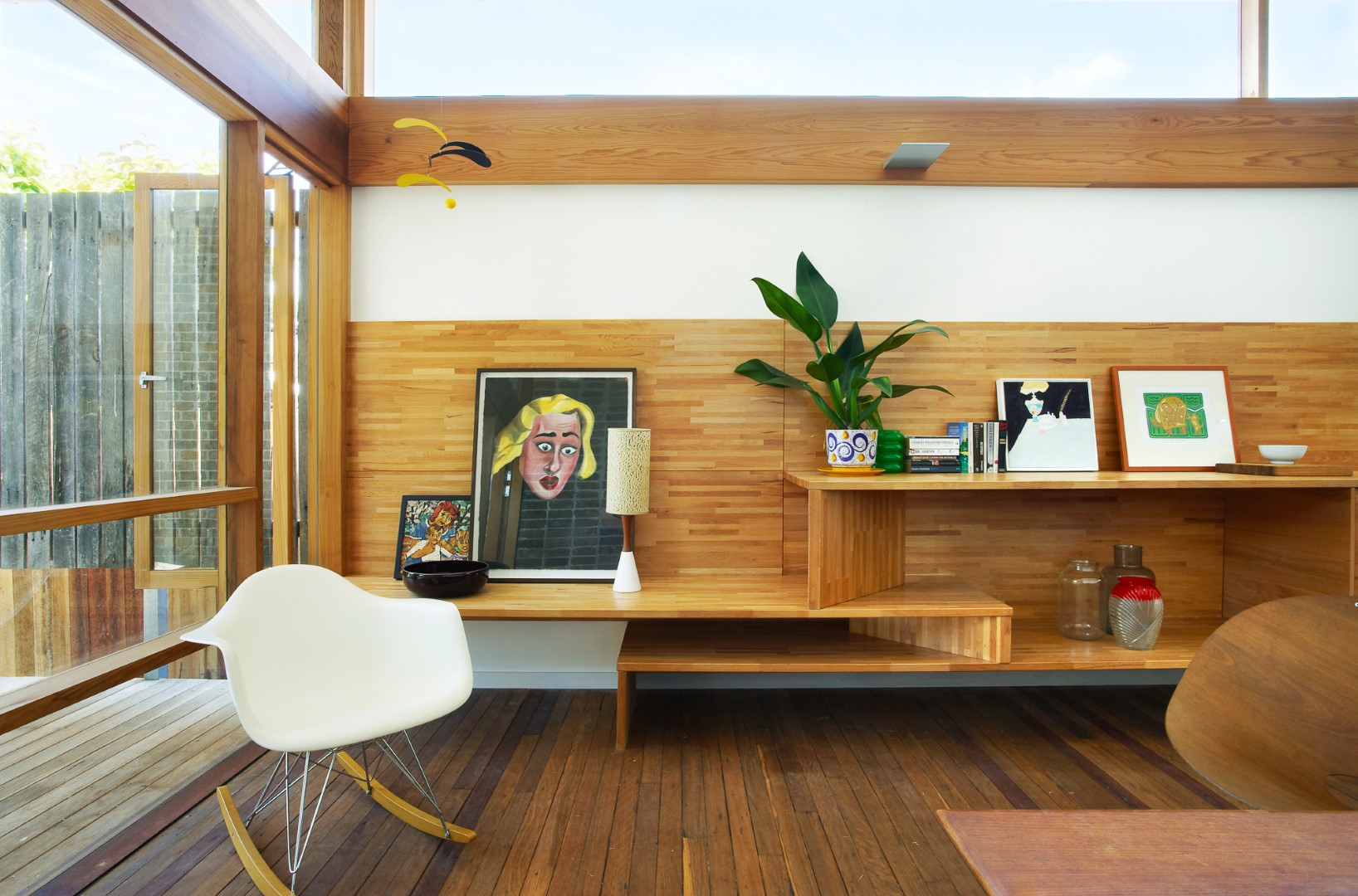 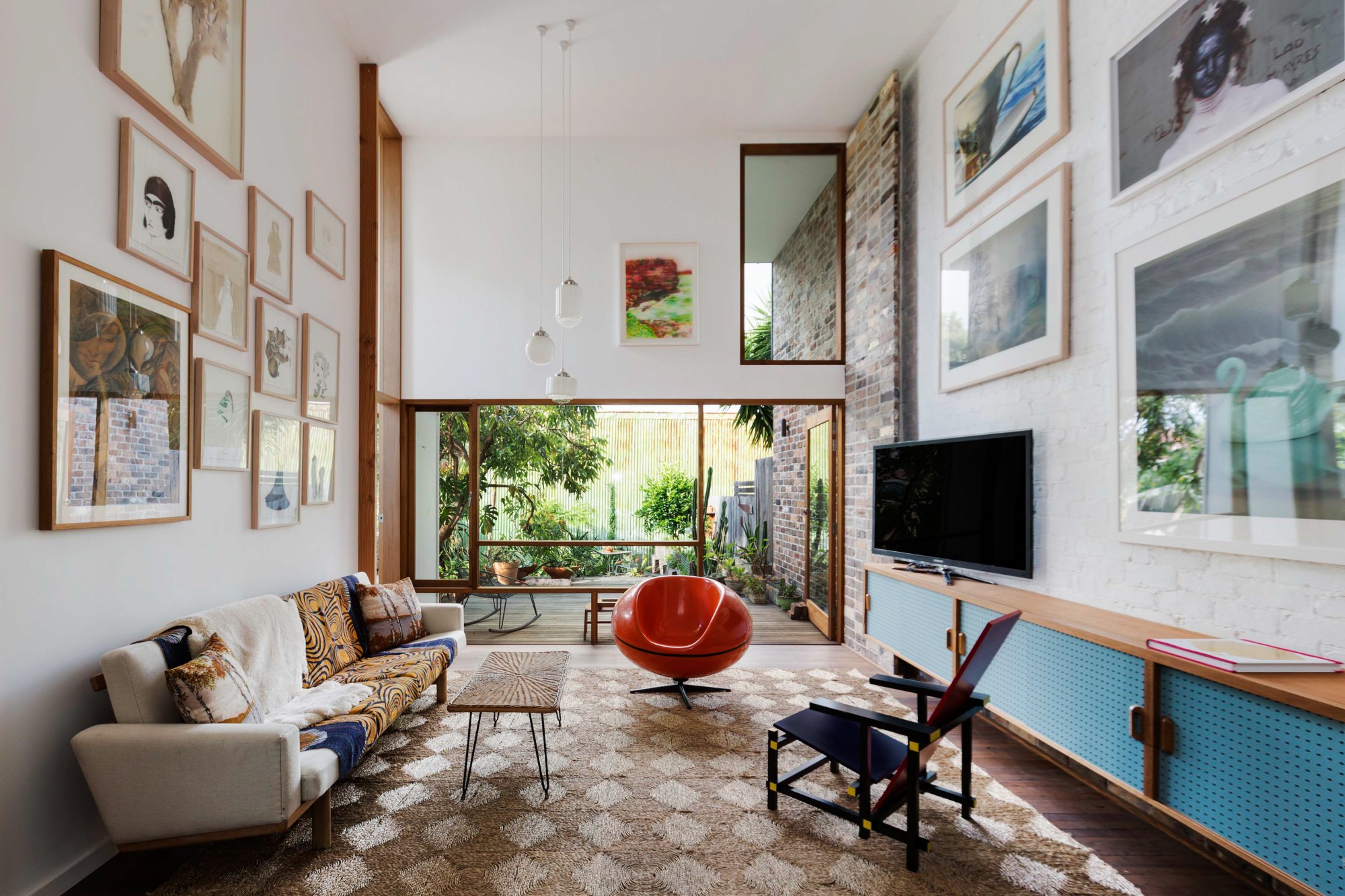 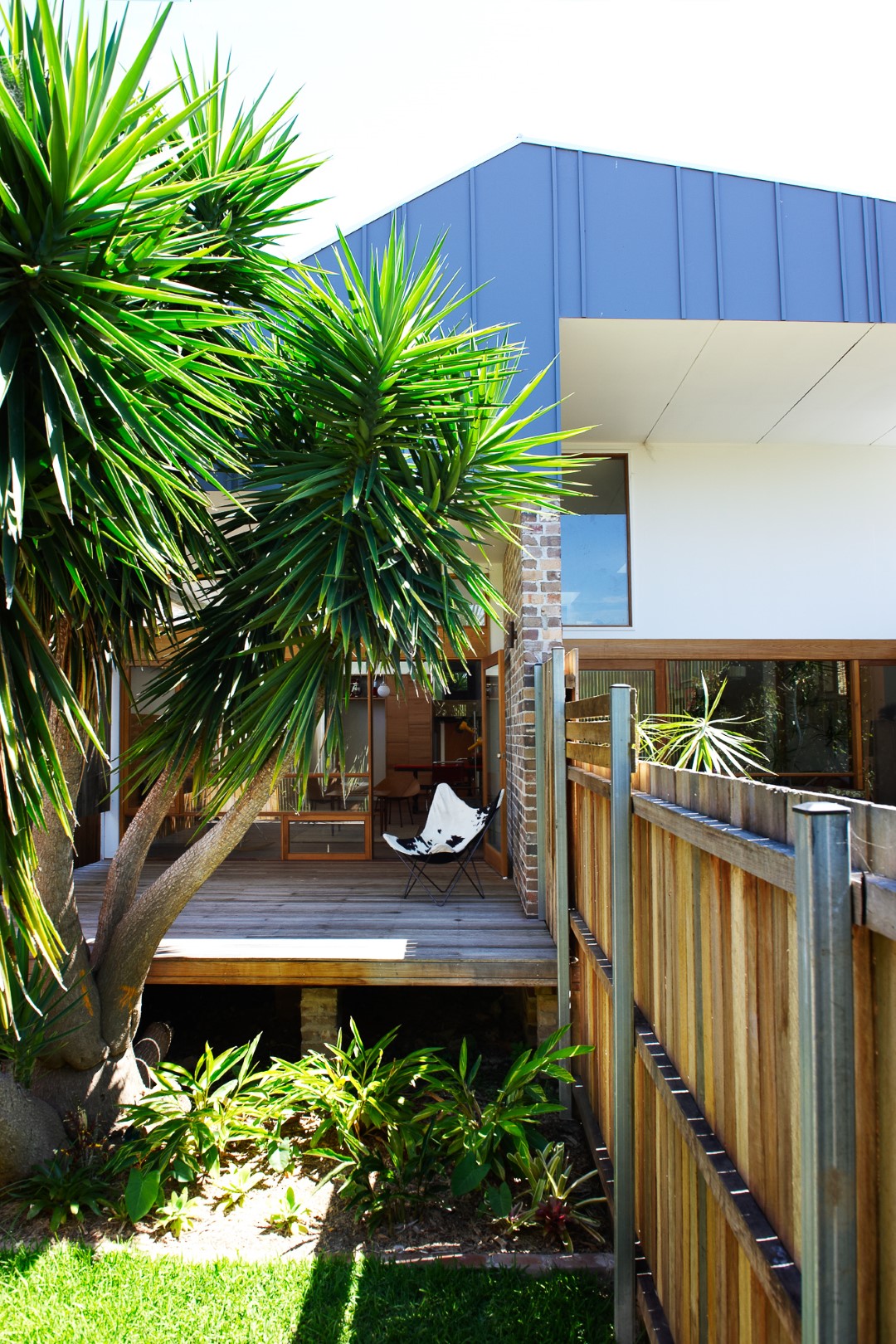 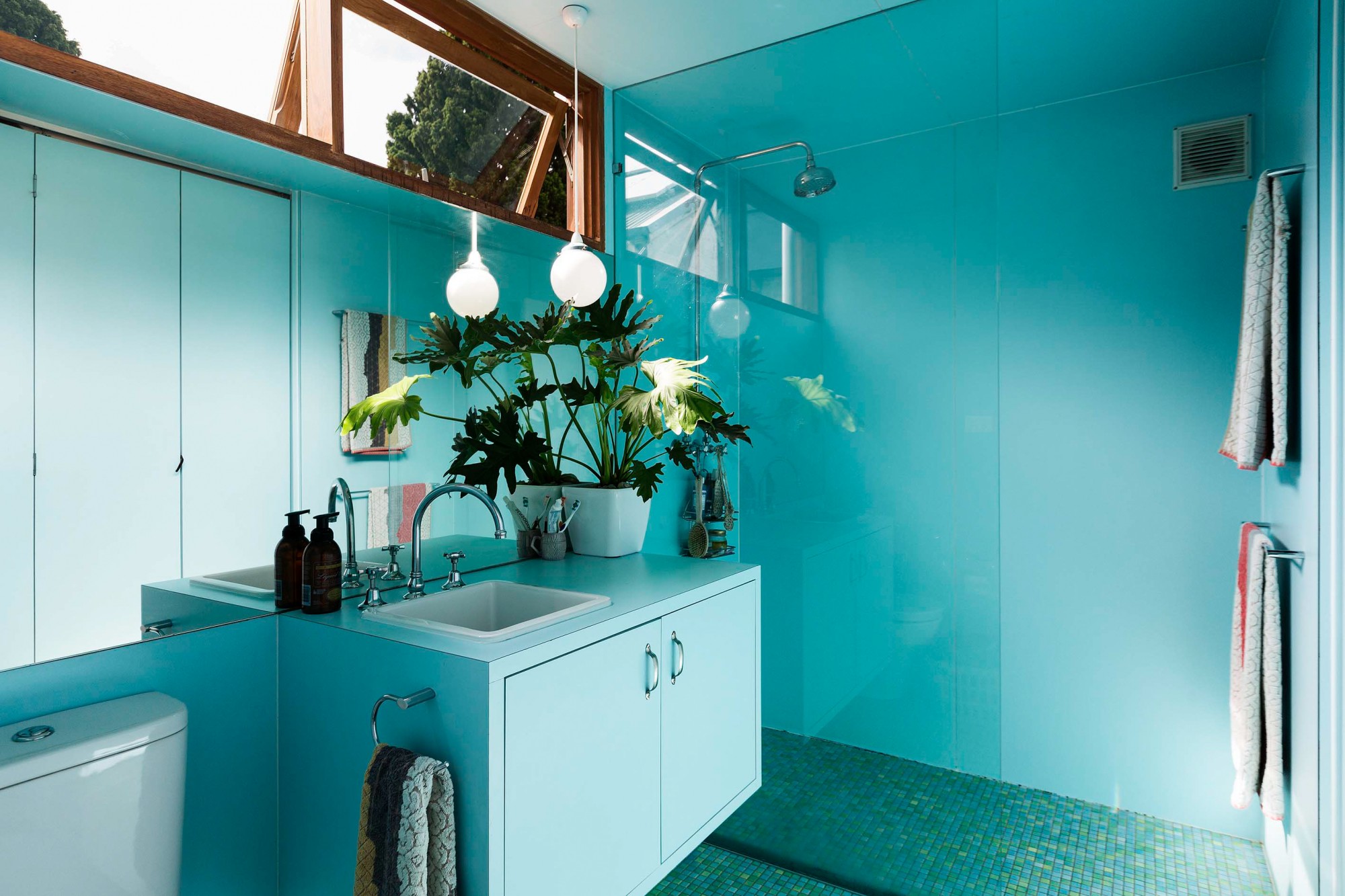 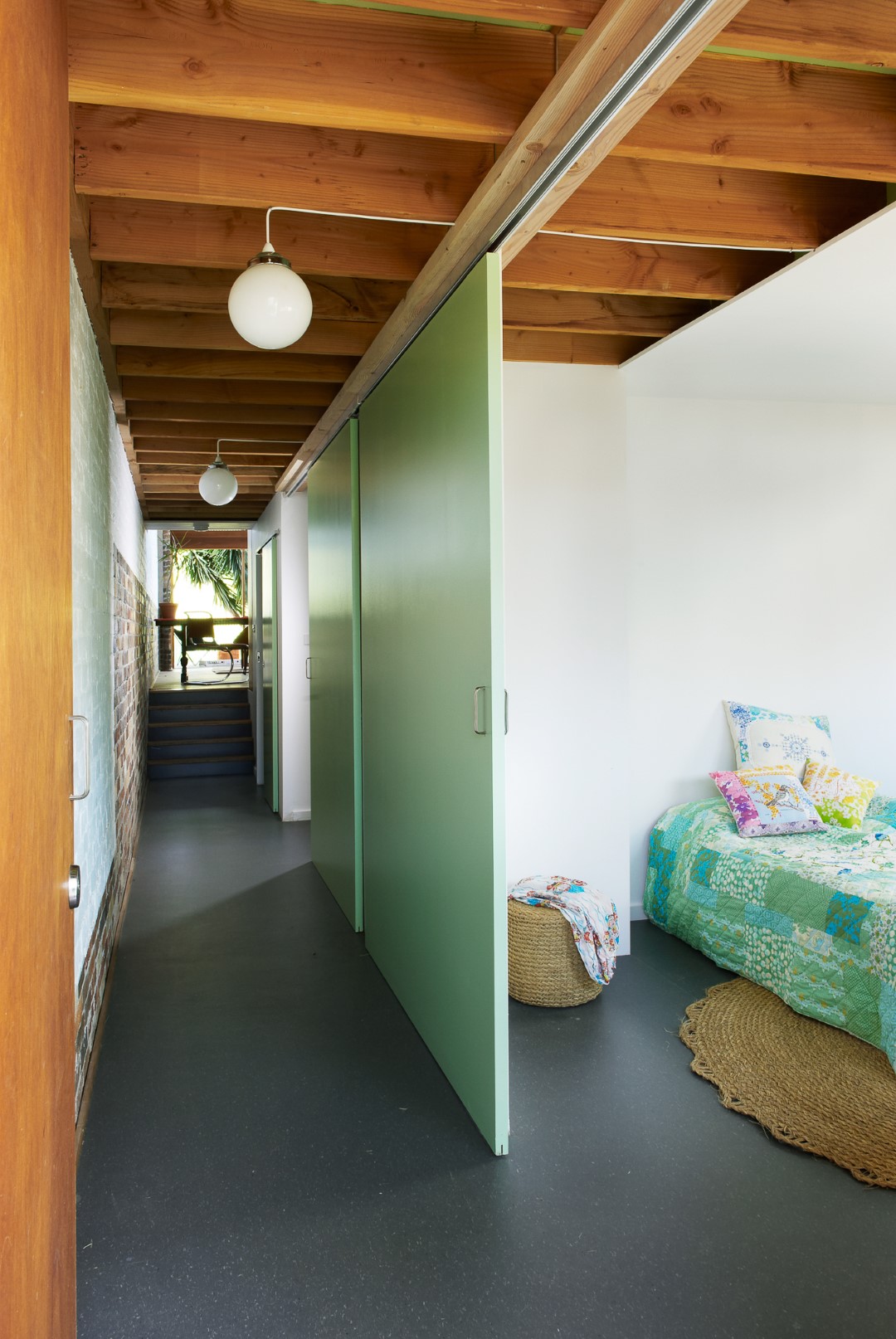 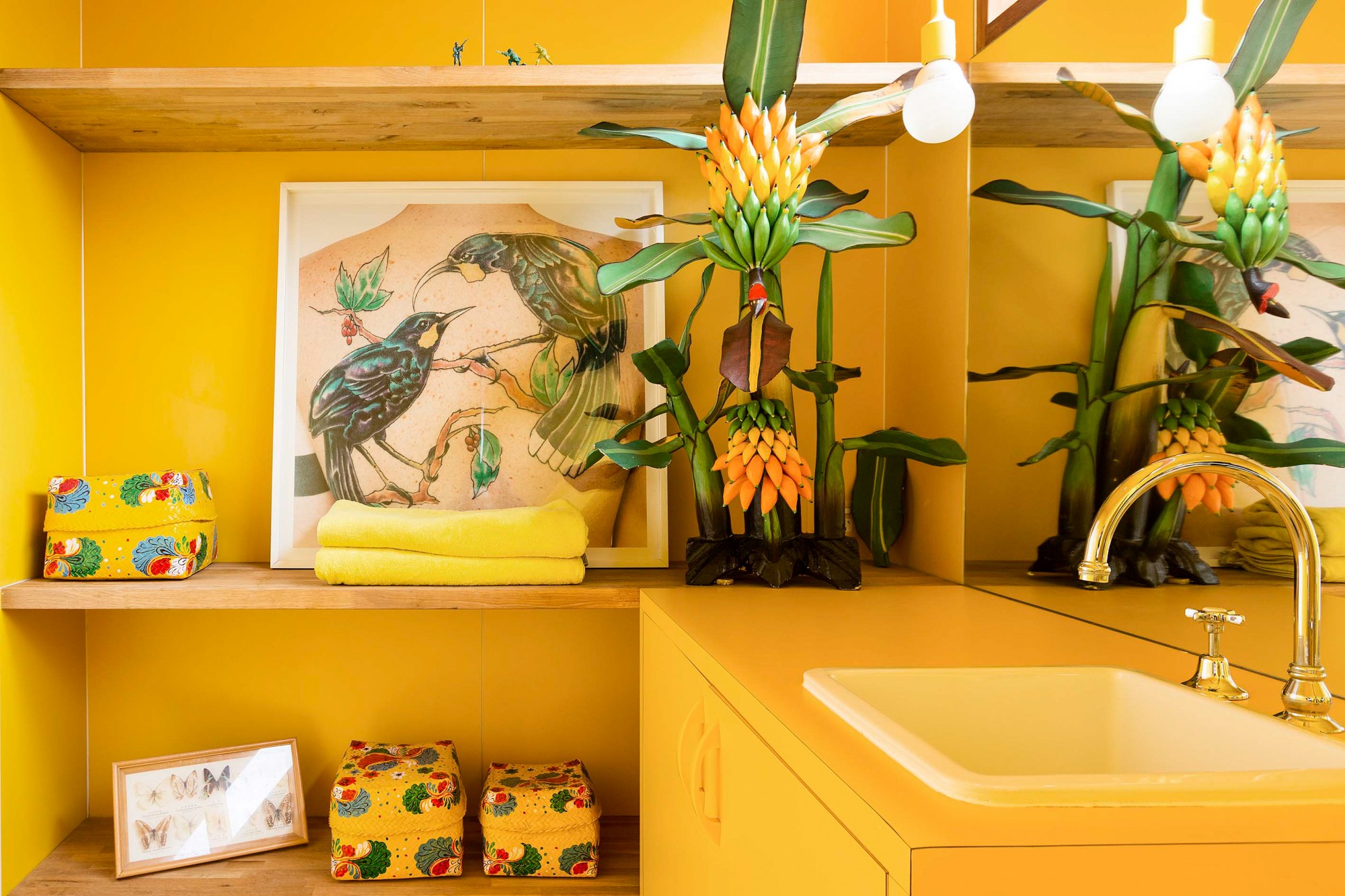 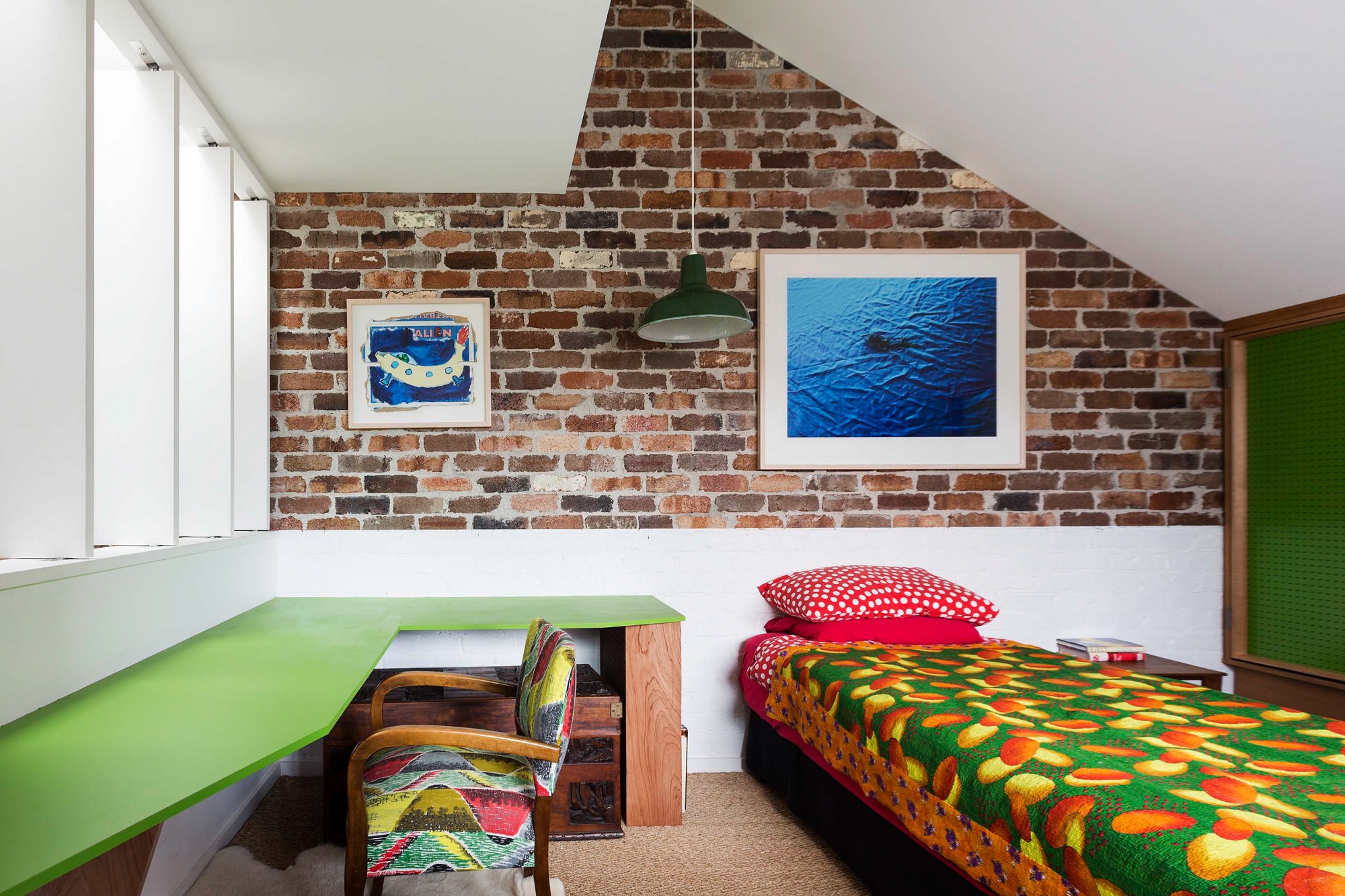 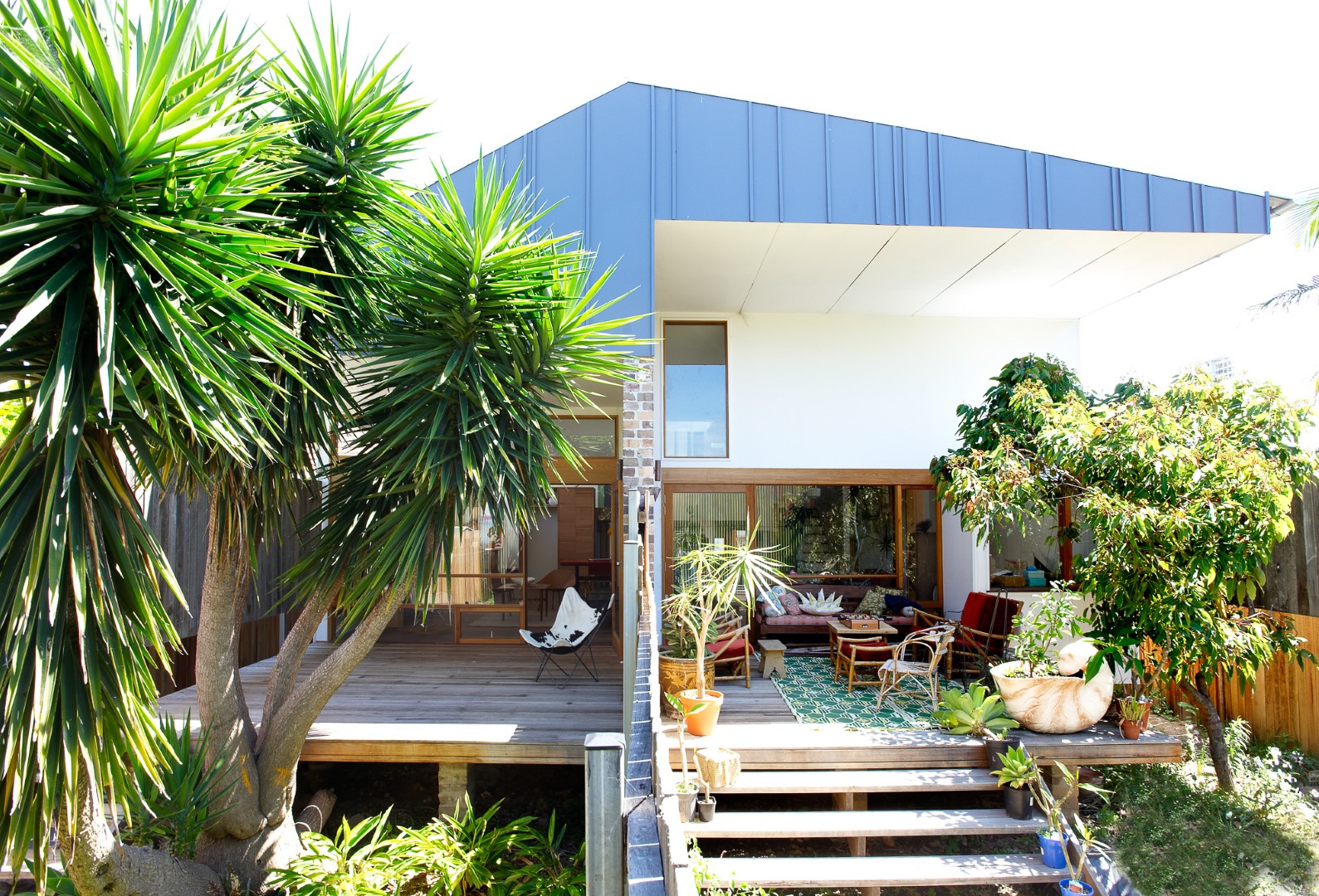 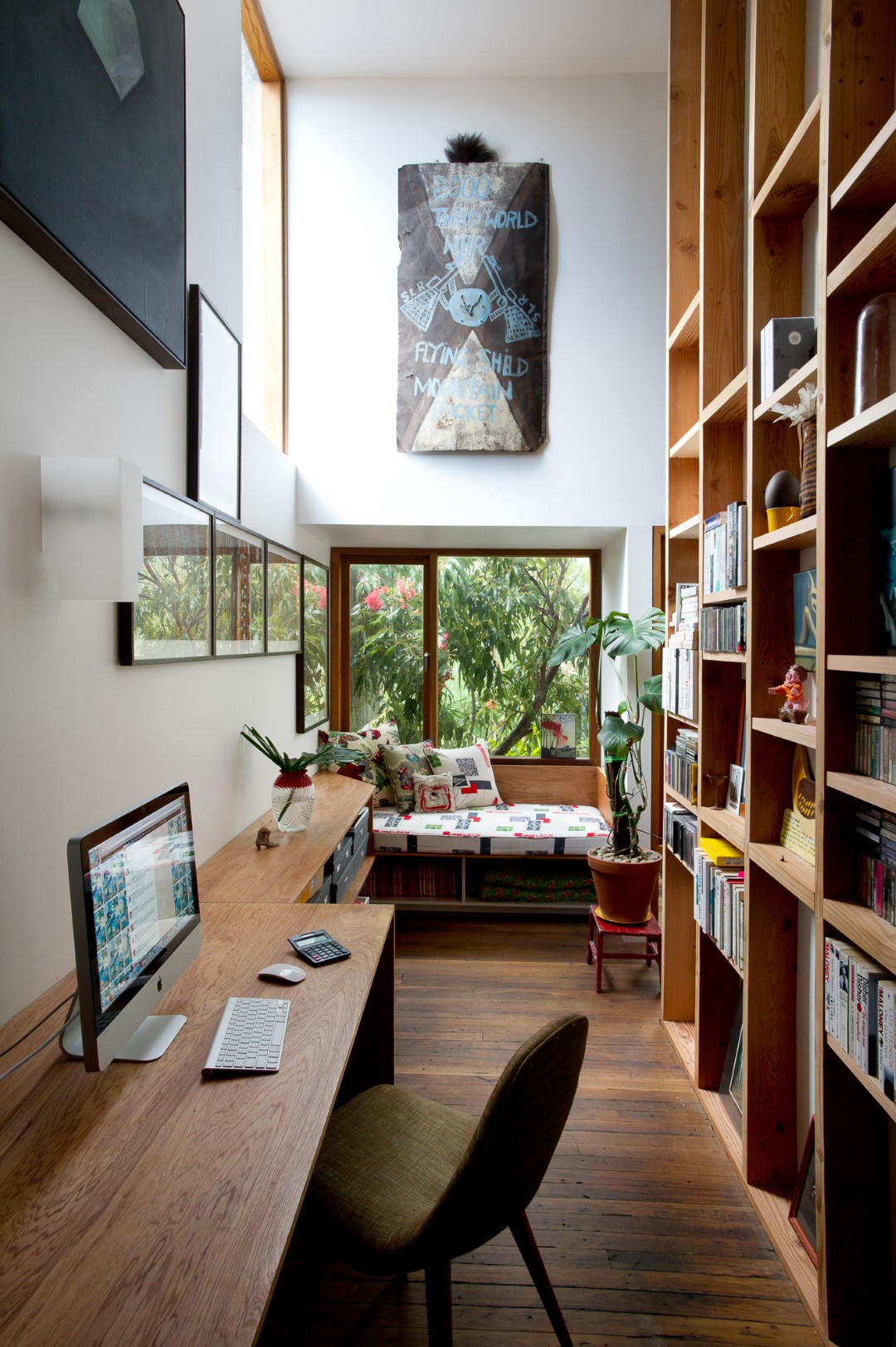 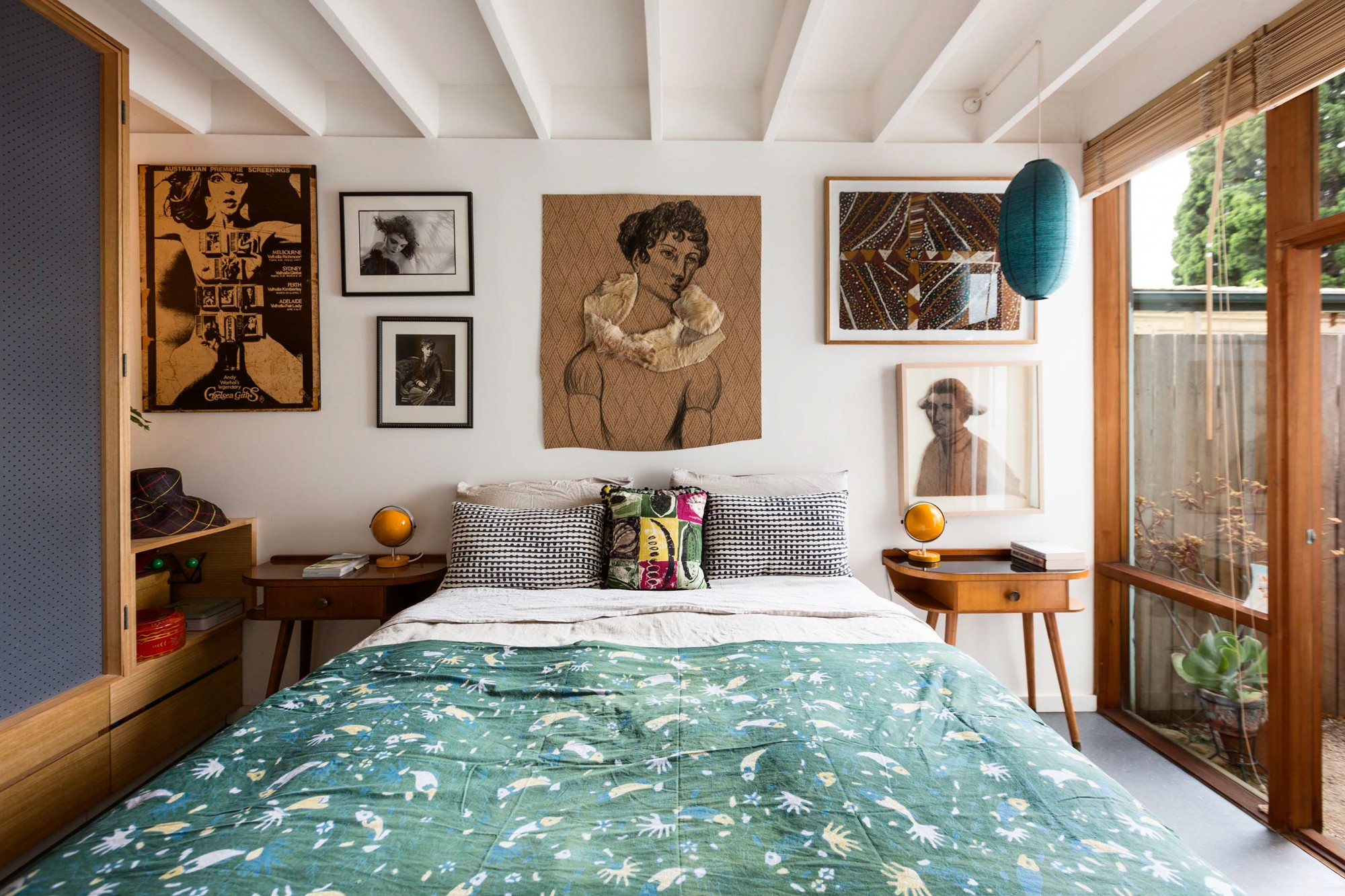 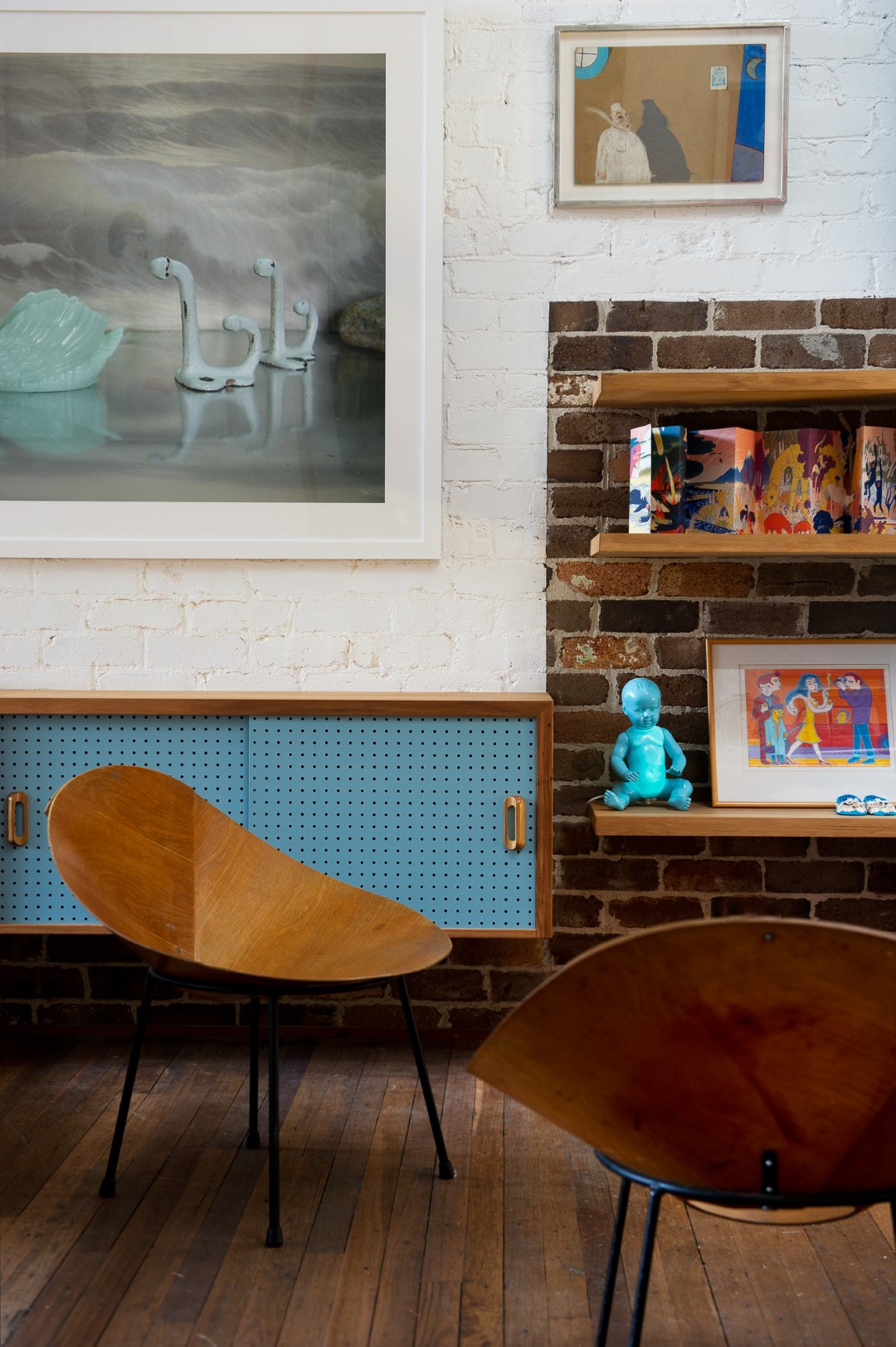 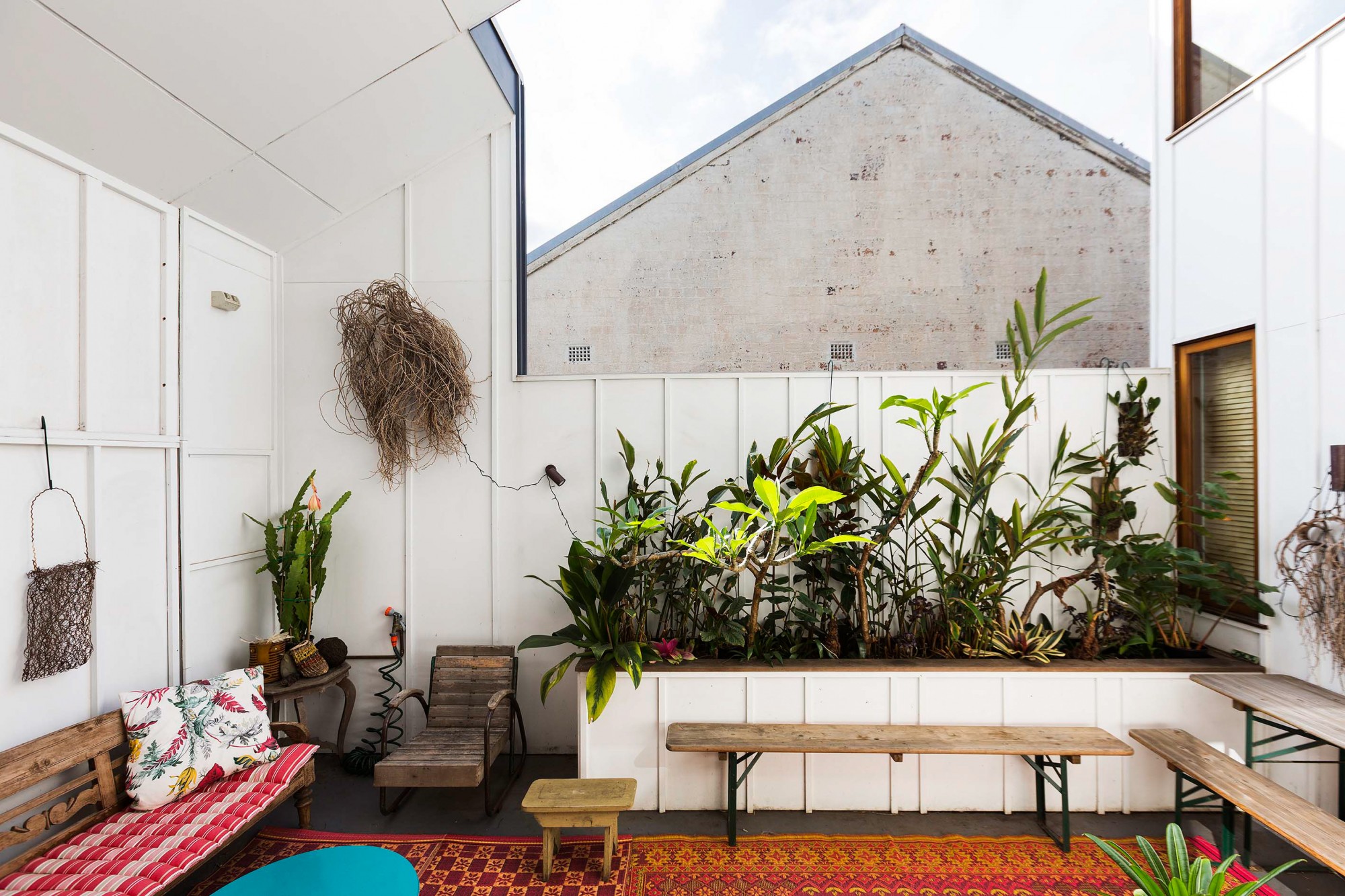 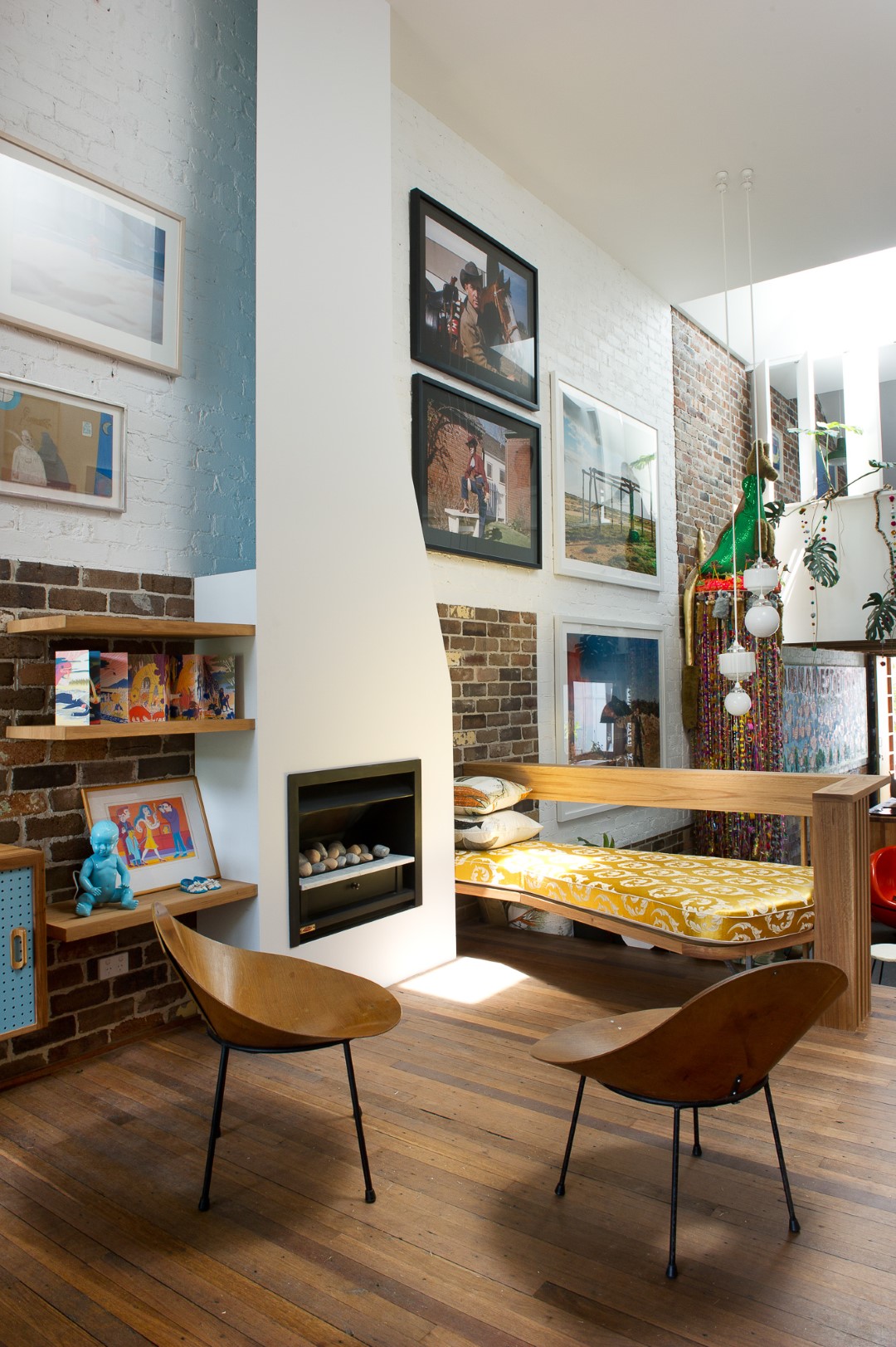 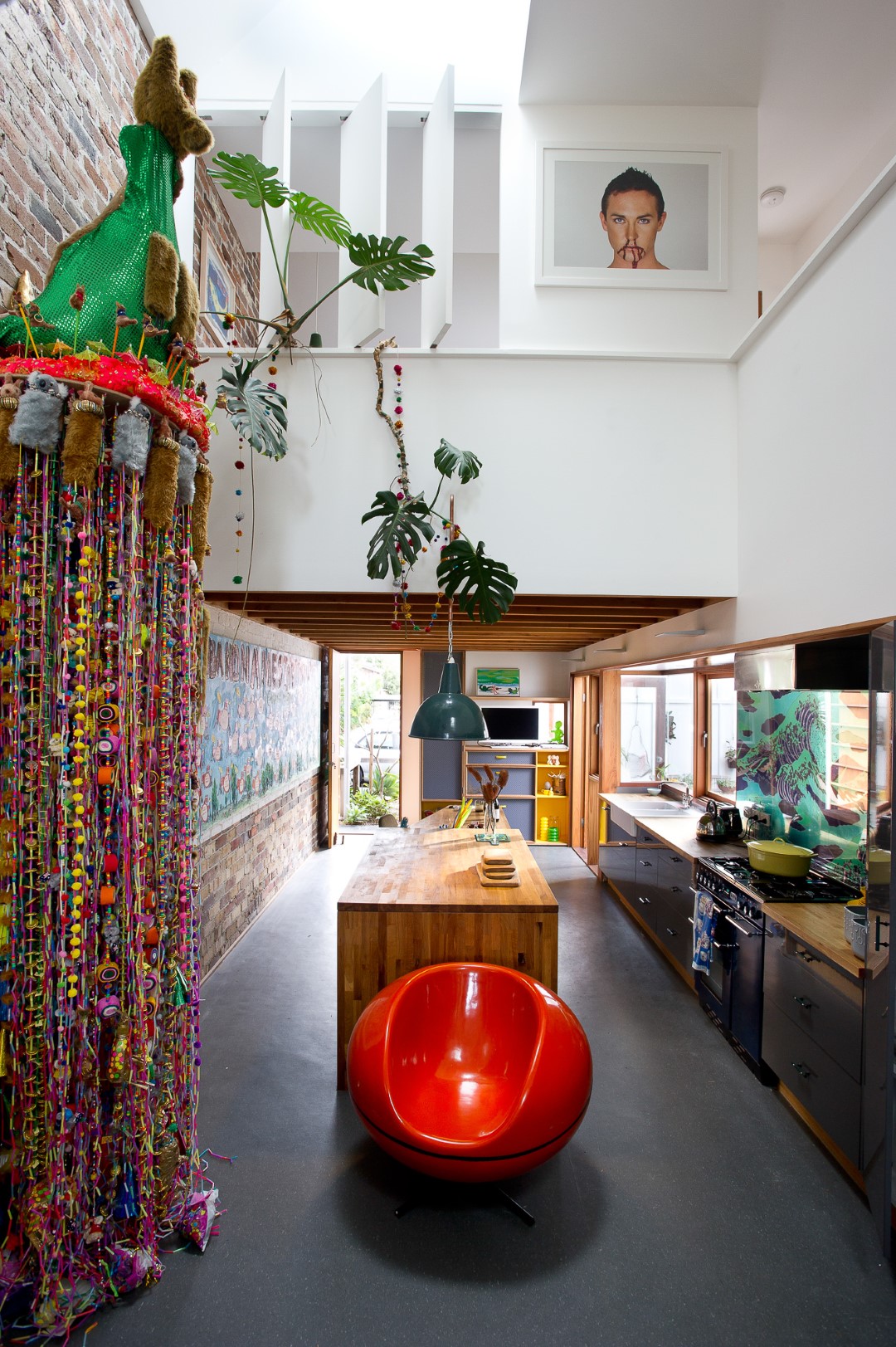 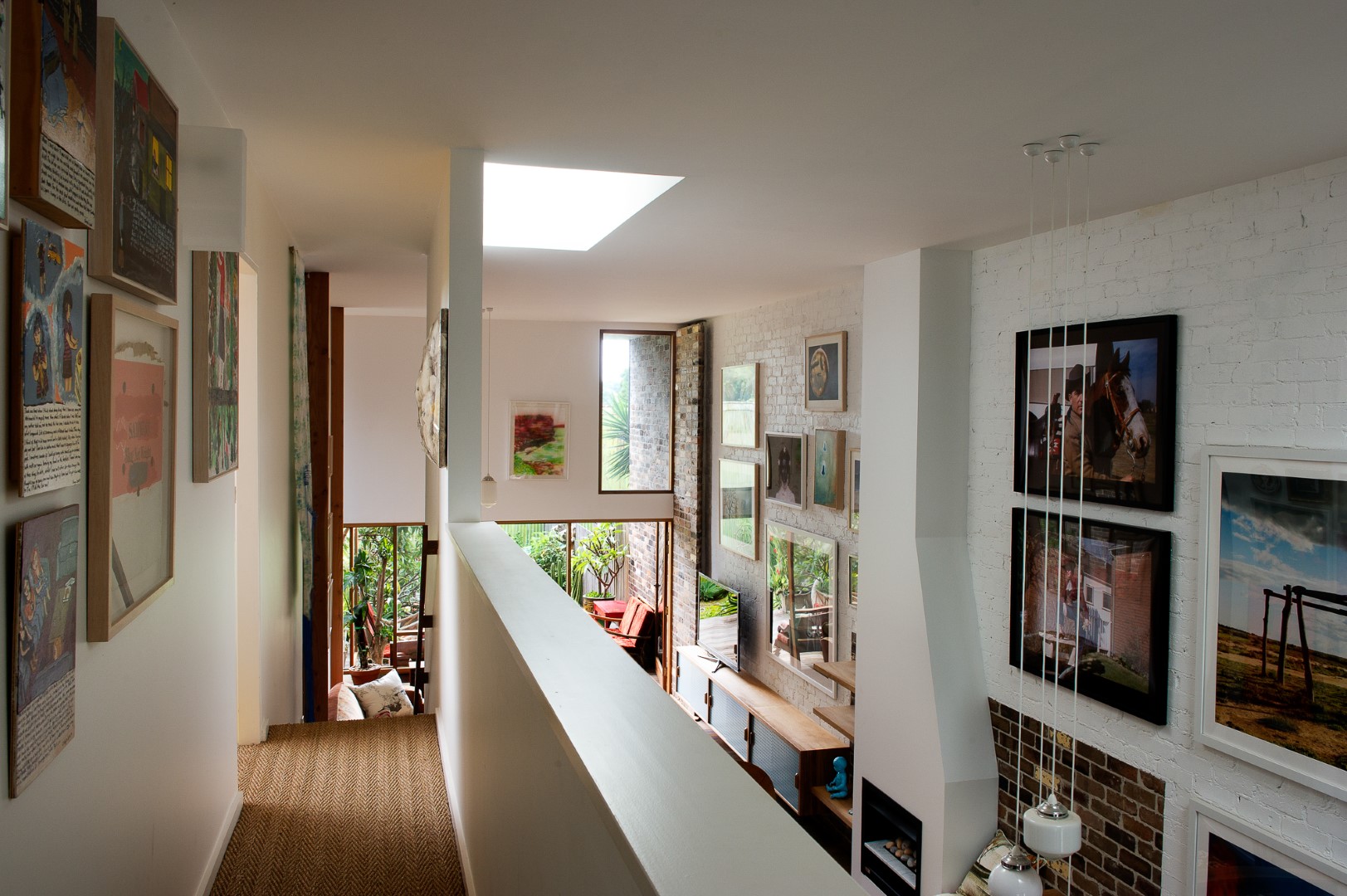 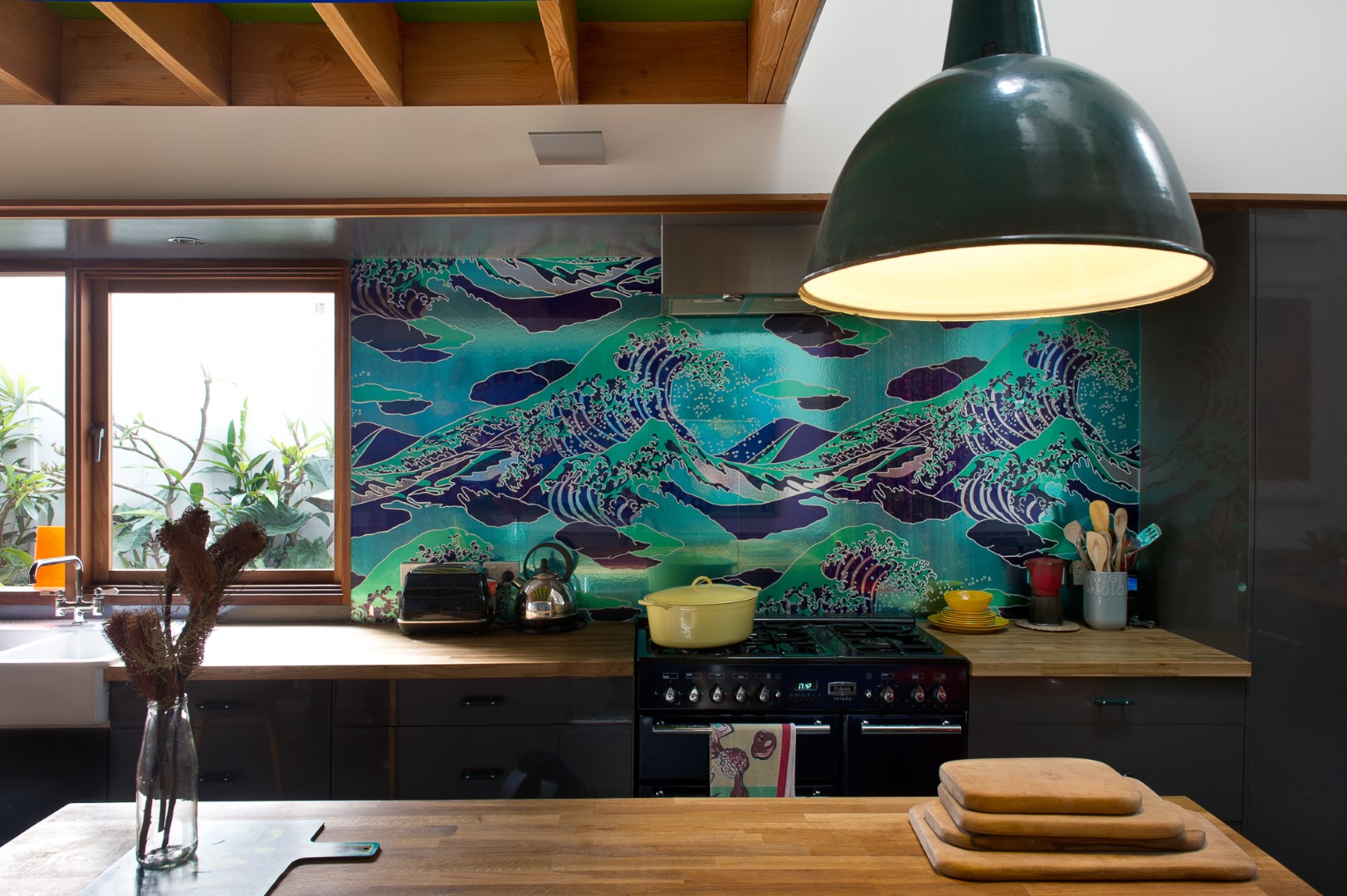 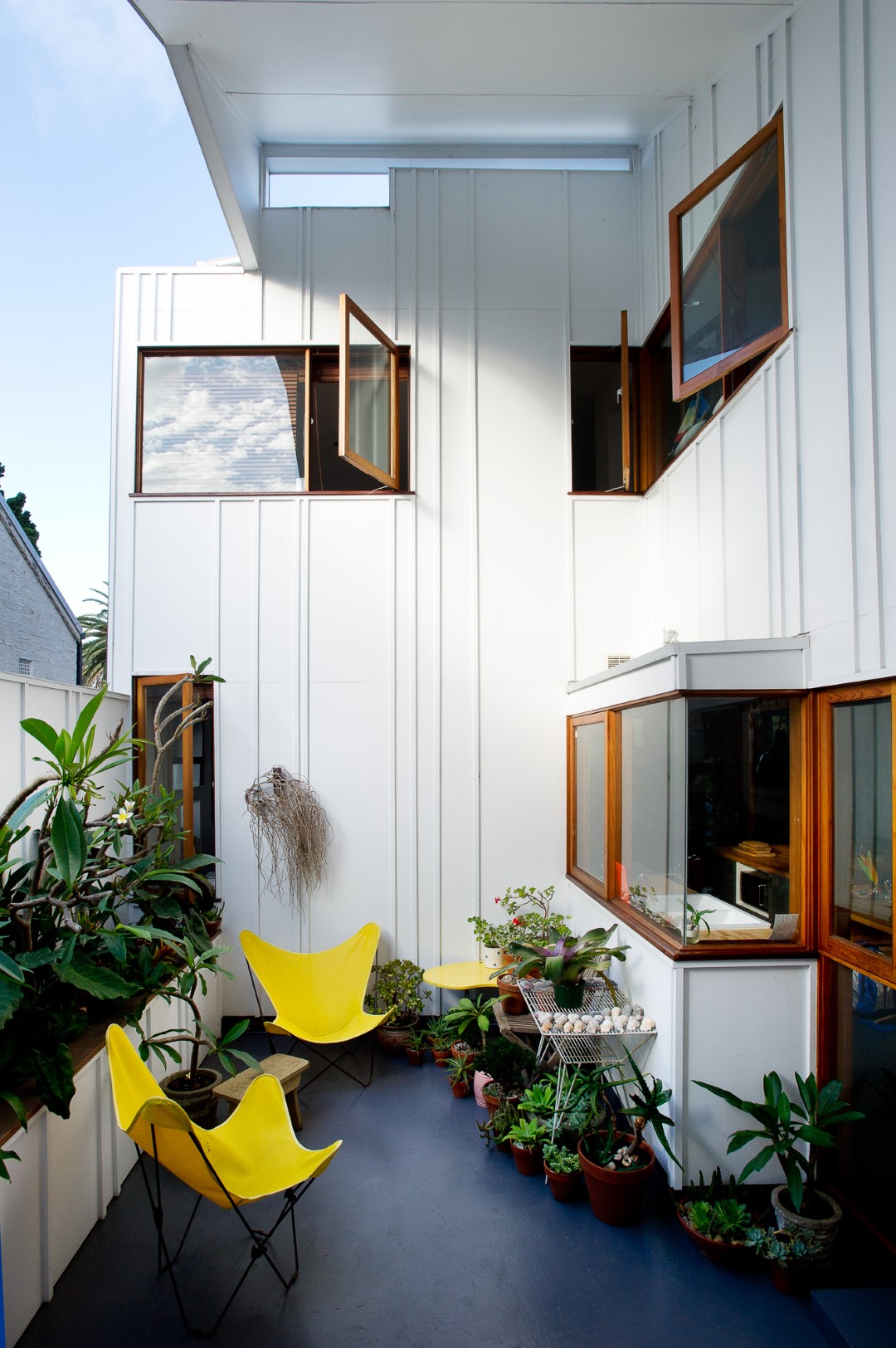 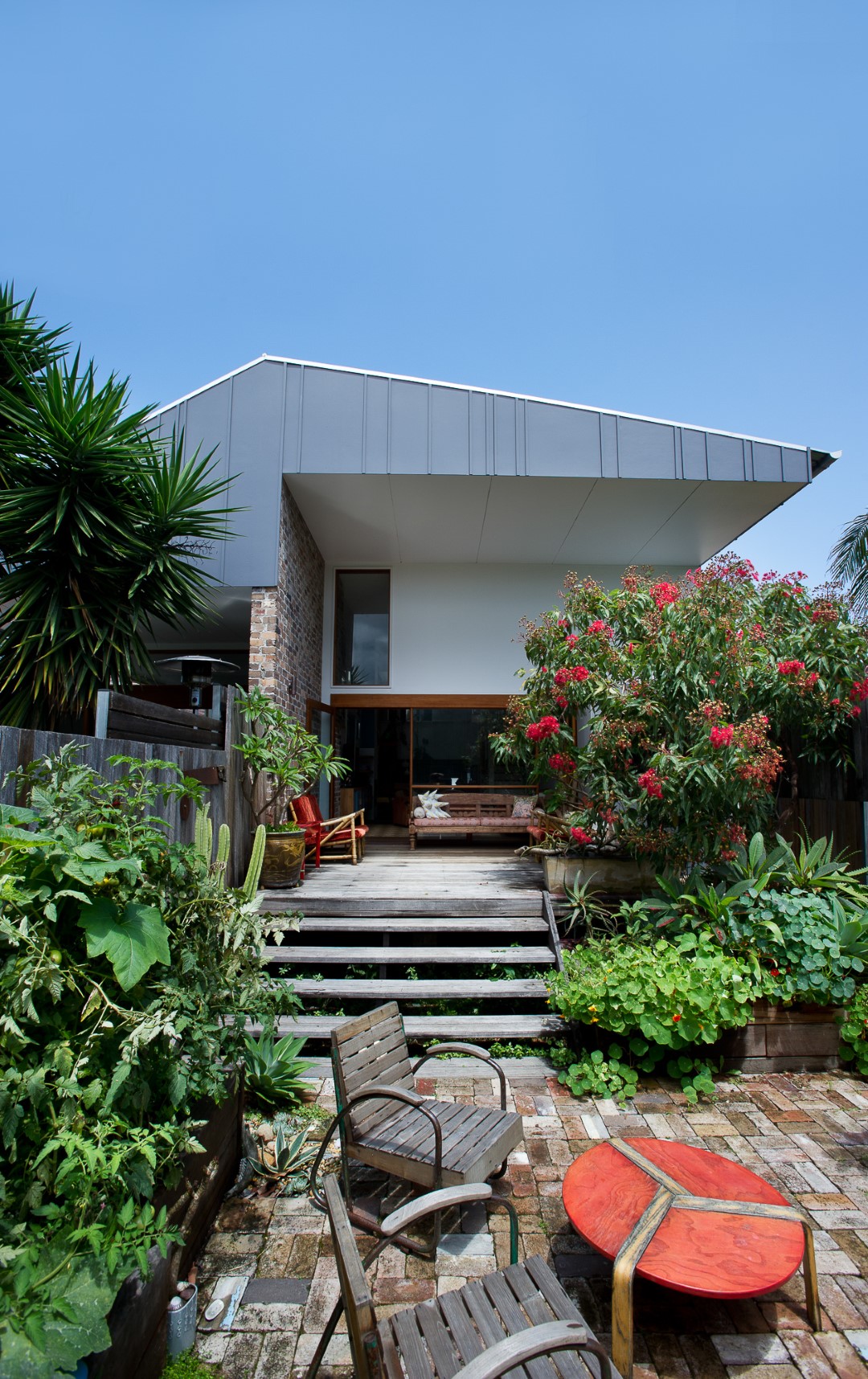 This project involves the subdivision of an inner city block in Marrickville into 2 torrens titled properties, and the construction of 2 semi detached houses as contemporary infill development. The houses have different plans to suit the site’s orientation and the clients brief for a new house to live in and a house to rent or sell to subsidise the construction costs. The project acts as a model for small scale urban consolidation at a scale that is sensitive to the existing streetscape housing pattern, built form and neighbourhood amenity.

The floor and ceiling levels have been modulated to create a series of interlocking spaces yielding to the aspect and light to maximise the perception of space. Spaces are carved to provide a backdrop to the owner’s eclectic collection of furniture and artwork culminating in a gallery like living room space opening out to an elevated deck and yard. Skylights and mezzanine bedroom spaces blur the boundaries of the central living area and provide light and ventilation to the compact building footprint.

Simple, cost effective construction materials add a layer of texture to the design and comply with acoustic building requirements under the airport flight path. The external building form has been carved to include negative spaces including; the entry verandah, covered courtyard and covered rear deck. These spaces are expressed through material or colour variation.

Passive environmental design principals of orientation, daylight and cross ventilation underpin the design. Bricks salvaged from the existing house have been used to construct the central party wall, and these have been partly painted to provide a layer of texture and pattern to the interior. Recycled timber floors have been used in the living area, marmoleum in the kitchen and coia carpet for the upper level.